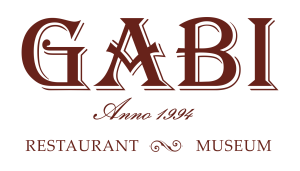 Countless antique keys and locks will definitely make you smile, and maybe even inspire you to unlock a new “door”. The oldest key, as estimated by its current owner, is around 300 years old. An old key is considered to be particularly valuable if it is in good condition, large and of complex design. A collector may be interested in a key that has been damaged by time but not by humans. A particular specimen in the collection is a key donated by a café worker for the door lock of the church where his grandfather worked. This modest key, yetbearing the symbol of a cross, is a constant eye-catcher. 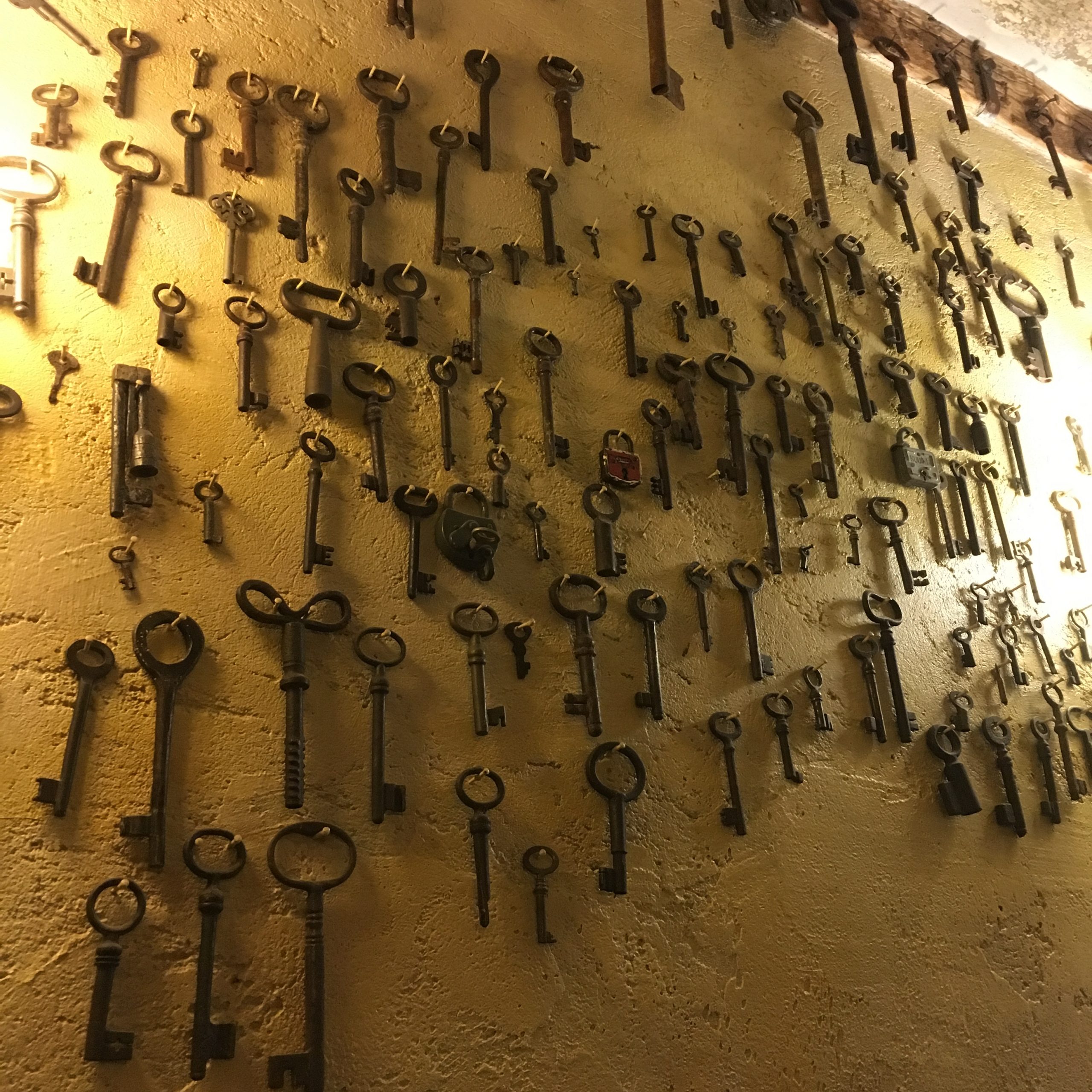 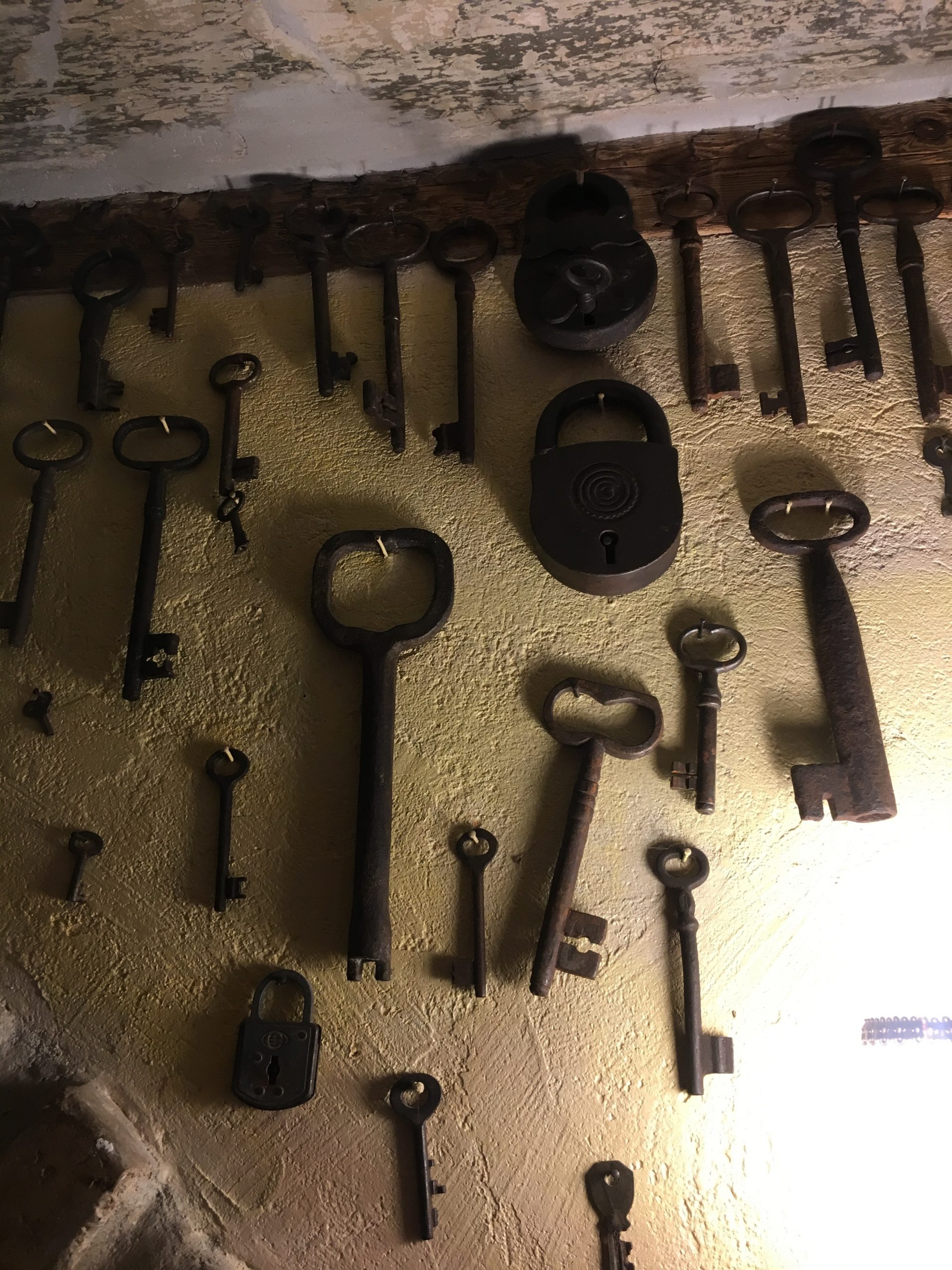 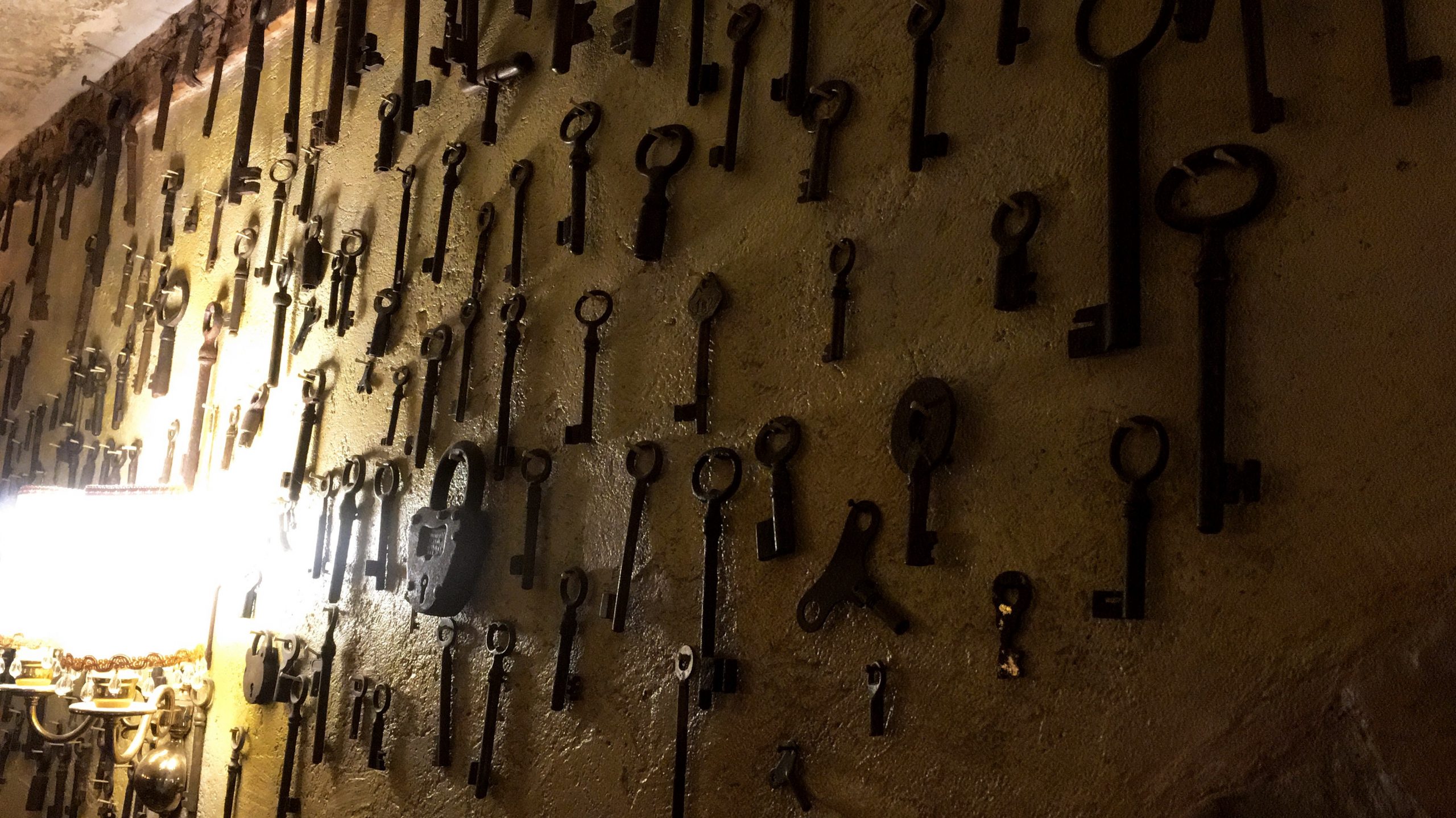 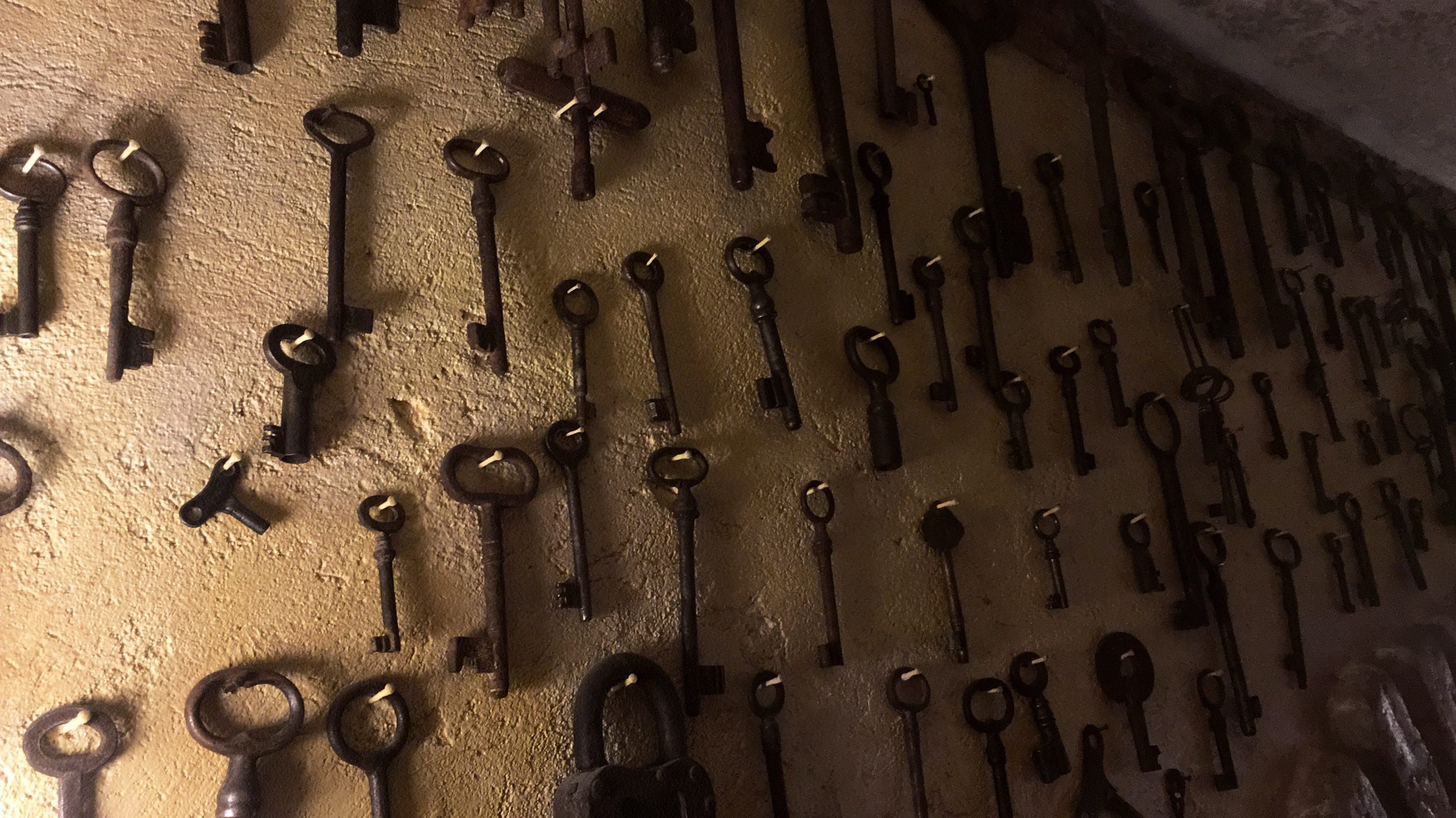 Rings for napkins and salt shakers

Here you will find stunning collections of authentic vintage silver napkin rings and salt cellars, a testament to the delicate dining cultures of neighbouring countries. This nowless popular element of table setting used to have both a practical and a decorative function. And, of course, it was a sign of the sophistication of the householder and his financial situation. The napkin holders also show the heights of craftsmanship achieved with silver, as some of them are decorated like the finest jewellery pieces. Over two decades, some 300 pieces have been collected from Russia, Poland, France, Germany, Scandinavian countries, Latvia and Lithuania. The value of napkin rings is determined by several criteria: beauty, workmanship, year of manufacture, assay and the value of that assay. However, above all, it is art – the work of human hands. Each craftsman has put something personal into the rings. A few rings bear the marking of year they were made, e.g. 1842, 1848. There may be older rings in the collection, as the date was not always engraved. The rings were stamped with the mark of the craftsman who made them, for example, the name of V. Morozov, who had the right to make rings for the nobility of the Russian court, is known. Rings made by this craftsman are stamped with the heraldic symbol of Russia, the eagle, and the name of the maker. The country in which the ring was made can also be determined from the fineness and decoration.    Russian napkin rings are the most valued. Russian pieces are much heavier than, for example, French ones and look more solid. The high level of craftsmanship of the time is illustrated by the enamel-coated pieces, as well as the relatively rare blackened carvings and openwork rings. Often, the initials of the owner or perhaps the one who got them as a gift, were engraved on the napkin rings. Such items with engraved initials are called ‘name silver’.

Nearly all salt cellars are in the shape of bowls and pots, engraved with ornaments with natural motifs. Some of them are also engraved with words. Some salt cellars are gilded and decorated with geometric shapes in colourful enamel; Some have special glass inserts. The feet and decorative elements of the salt cellars reflect not only the social status of their first owners, – whether they were wealthy or poor, –but also the artistic style prevailing at the time they were made. The collection has a wealth salt cellars made in Tsarist Russia. There are also exhibits from France, Germany, Scandinavia and Poland. Salt cellars were an integral part of table settings in the 18th and 20th centuries. When sitting down to eat, a salt cellar with salt was placed on the table along with spoons, knives and forks. Its size and appearance depended on the wealth of the hosts – the richer the person, the more beautiful and chic the salt cellar. Although salt cellars had practical use and were widespread in the household, they are also works of great artistic value. In the past, they were made to special order, and it was only in the 19th century that they began to be produced in batches in some places. Salt cellars were made of silver, come in various shapes and were further embellished by jewellers by engraving them with various ornaments. Each salt cellar in the collection is stamped with the silver assay and special marks indicating the country and the craftsman who made it. Special spoons were used to pick the salt, of which there are also many. 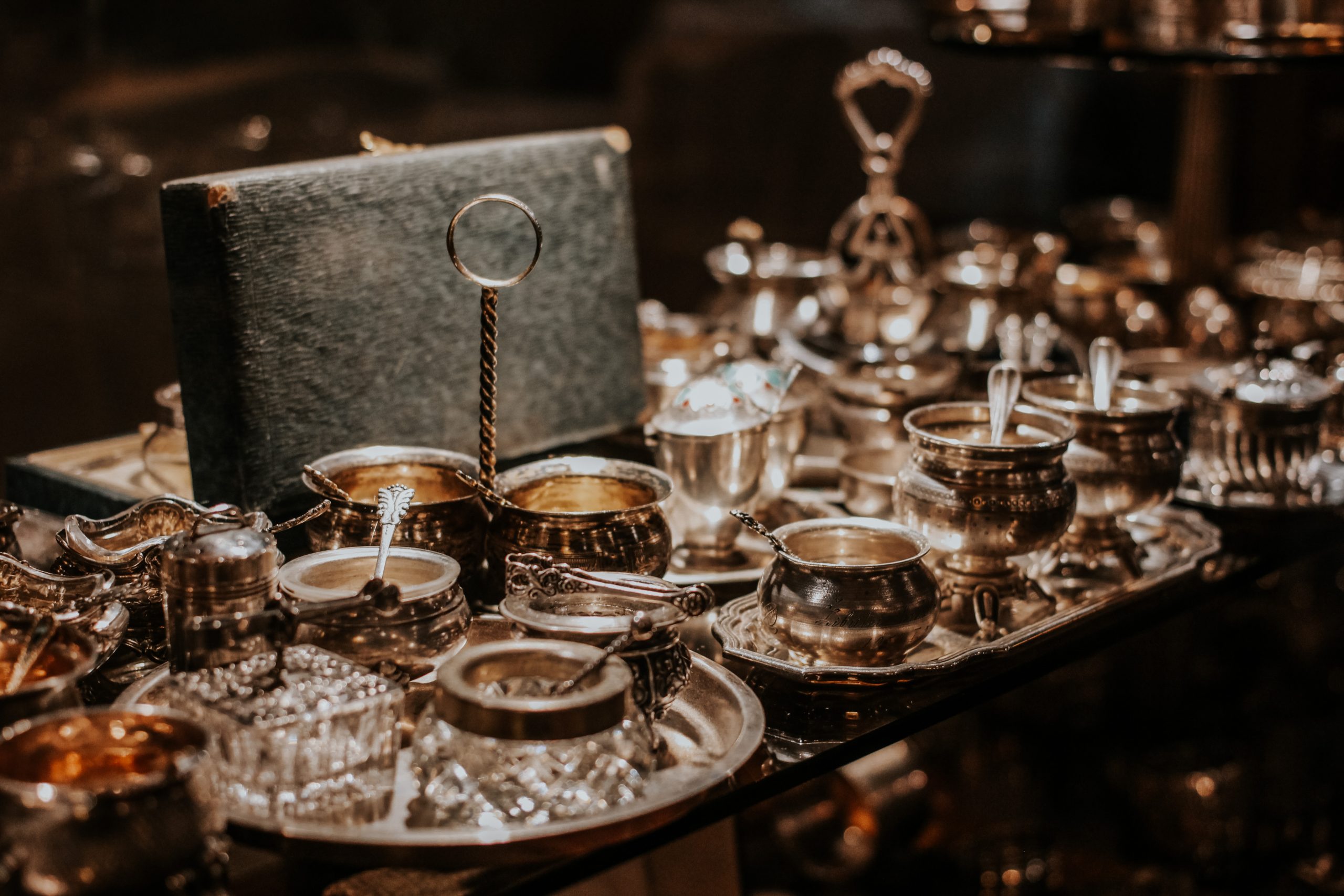 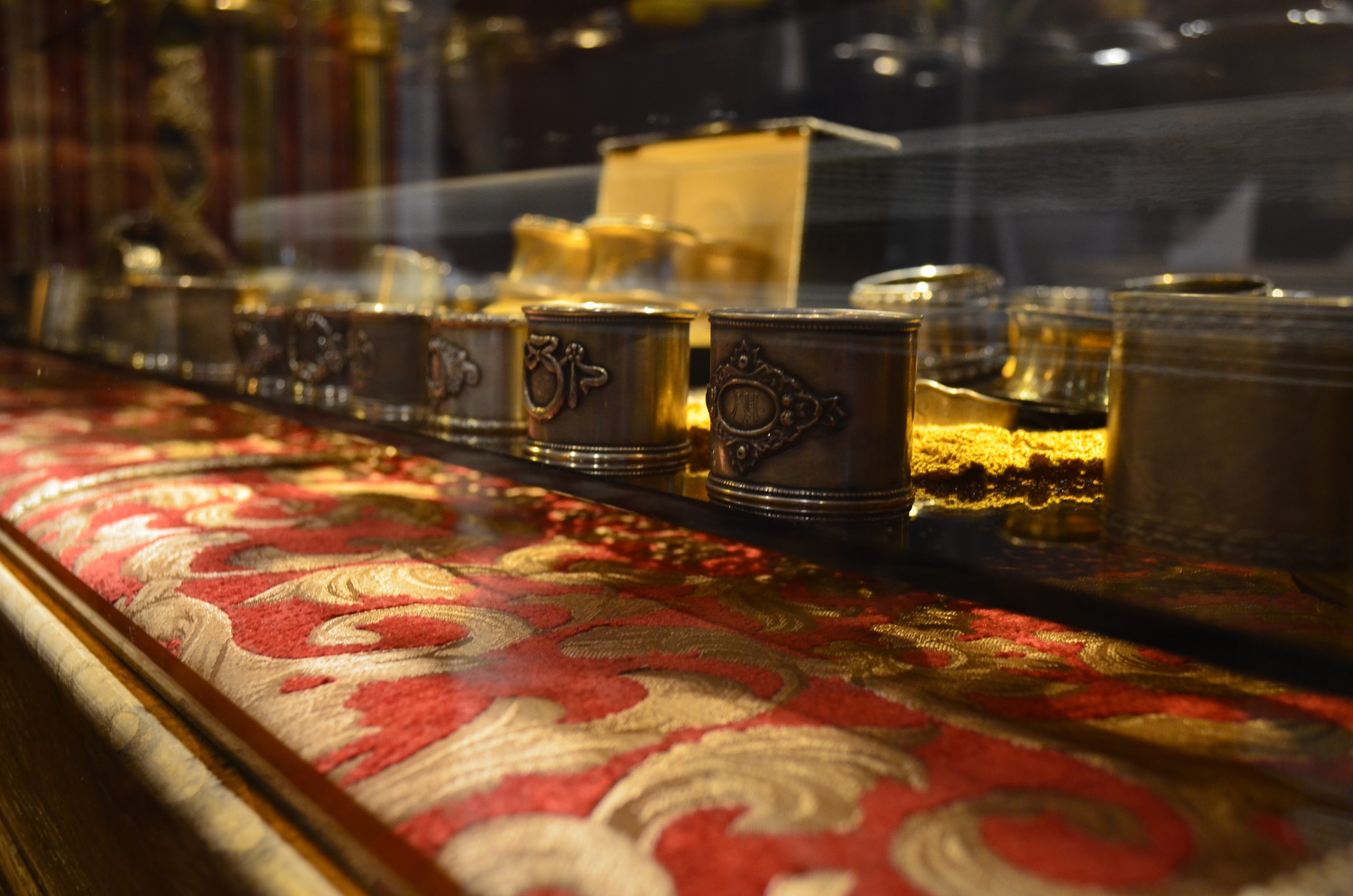 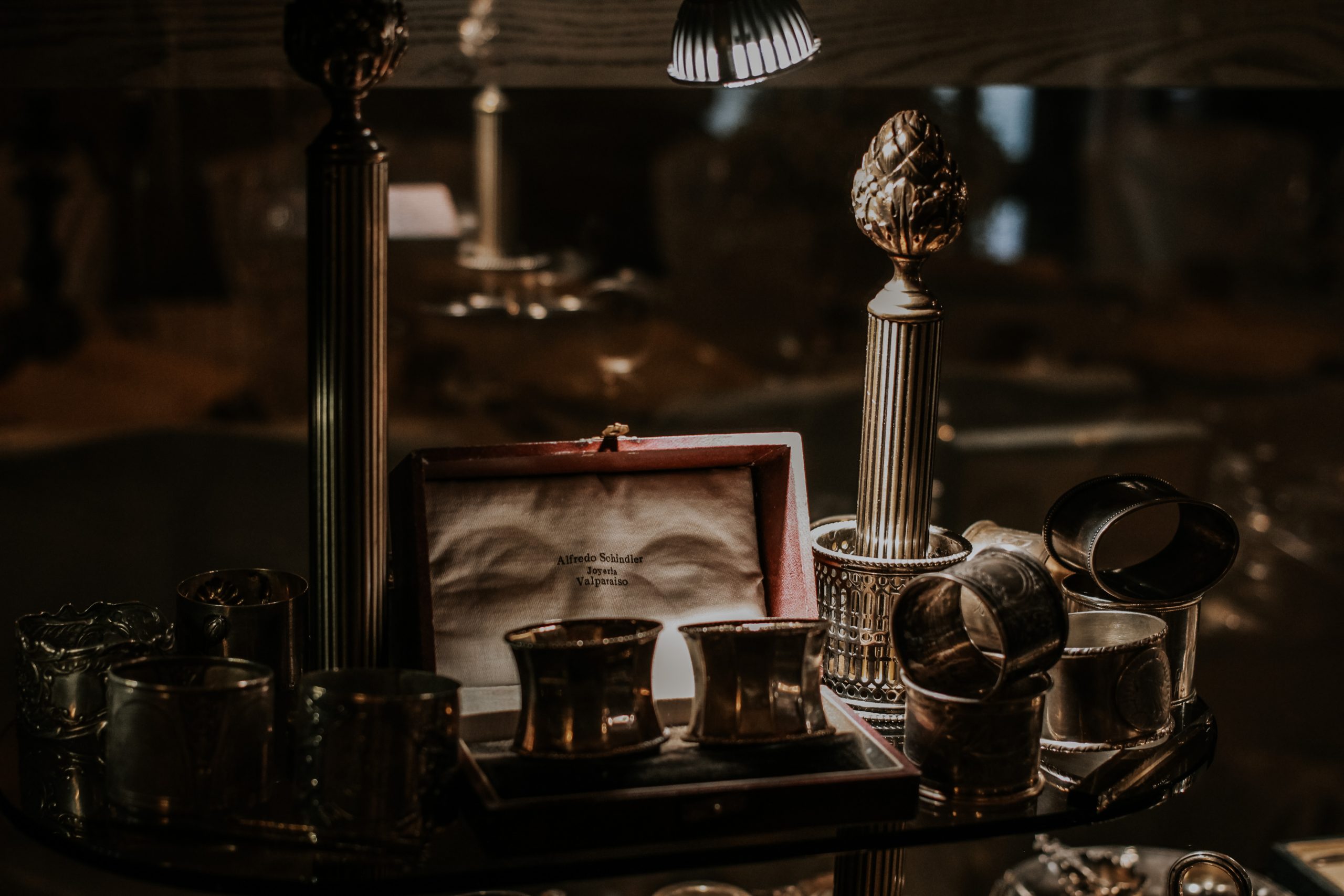 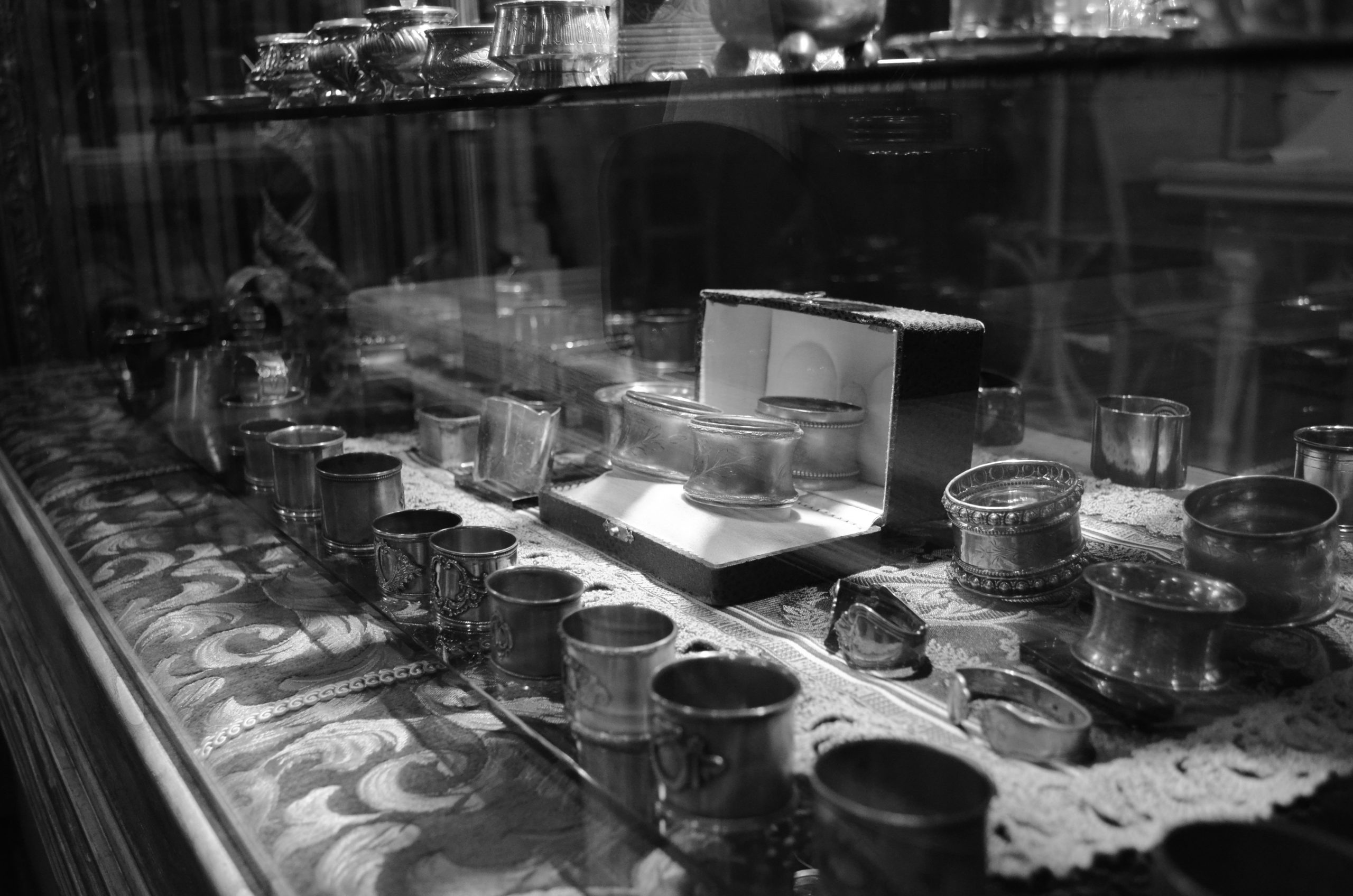 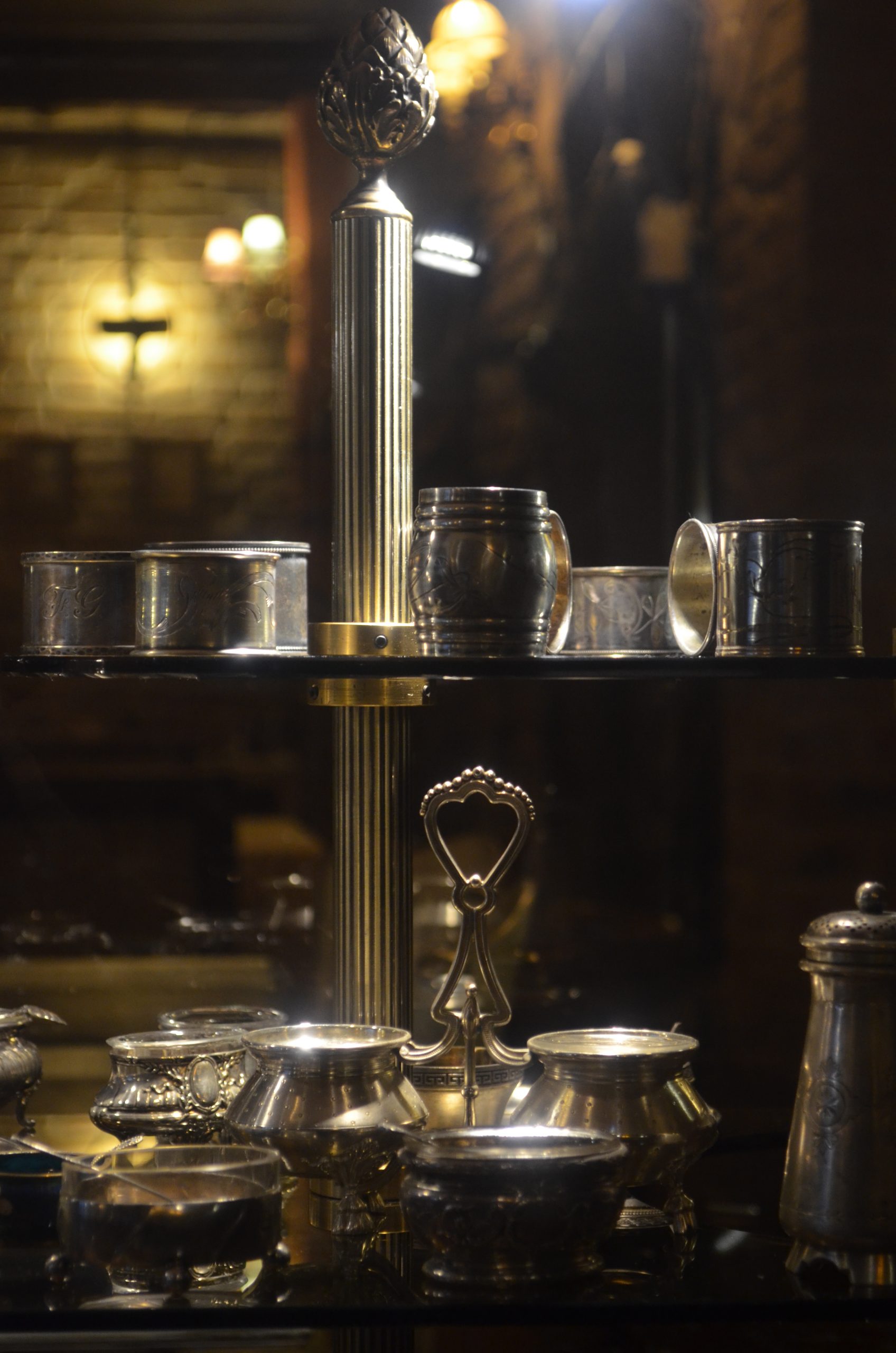 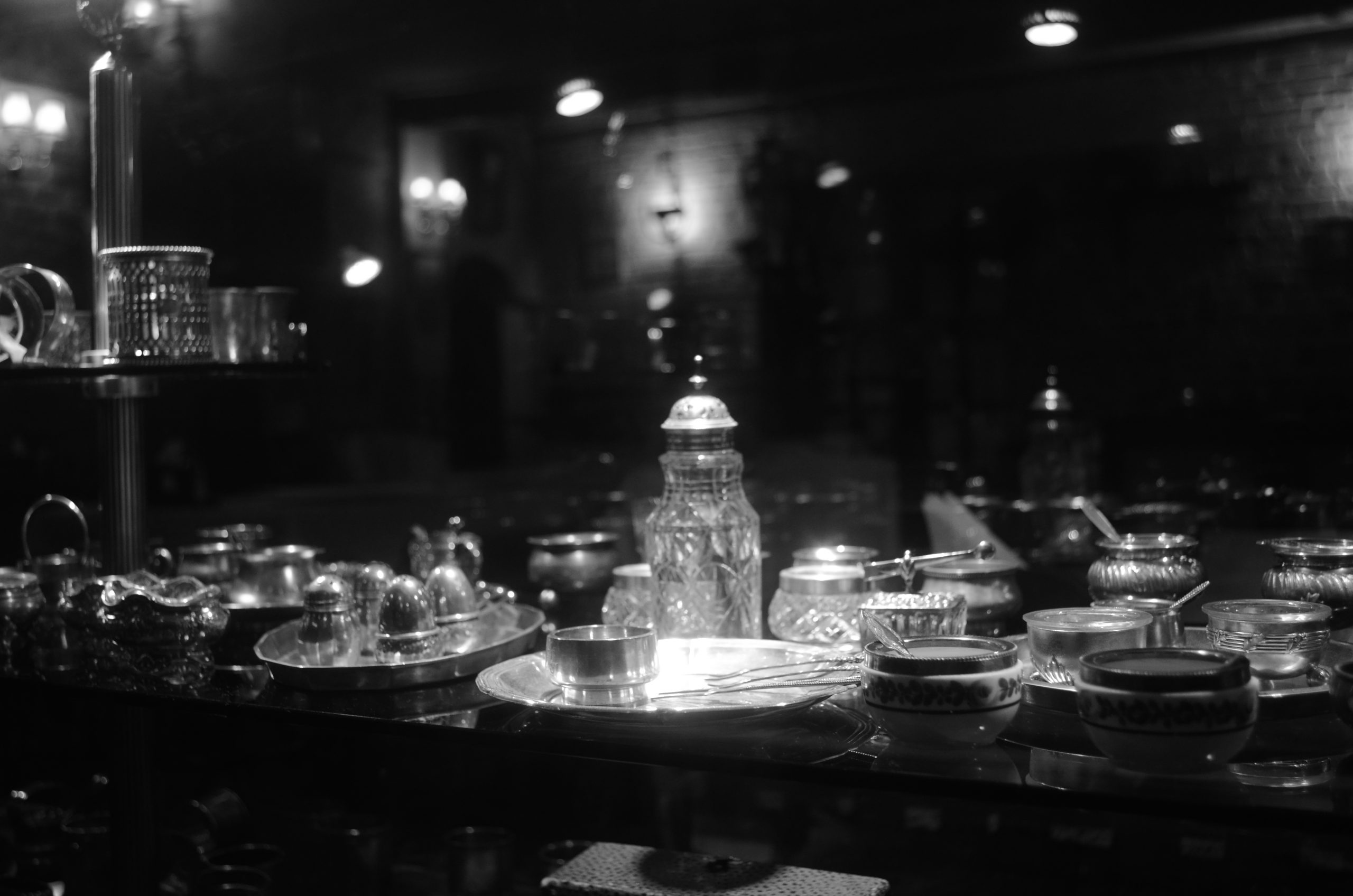 The restaurant also boasts a collection of antique bricks from various cities in several countries. It consists of over 100 different specimens. All the bricks are branded, and the brands are special. Each brand is a history. The history of the city, the history of the owner of the brick or the factory where the brick was once made. The collection consists of bricks from the 19th and 20th centuries, from the Stalinist period, and some are more than 200 years old – the brands of these exhibits are very difficult to discern. Every brick has its own individual shape, colour and size. In addition to bricks with stamps, there are also bricks with animal prints, handprints and various symbols. 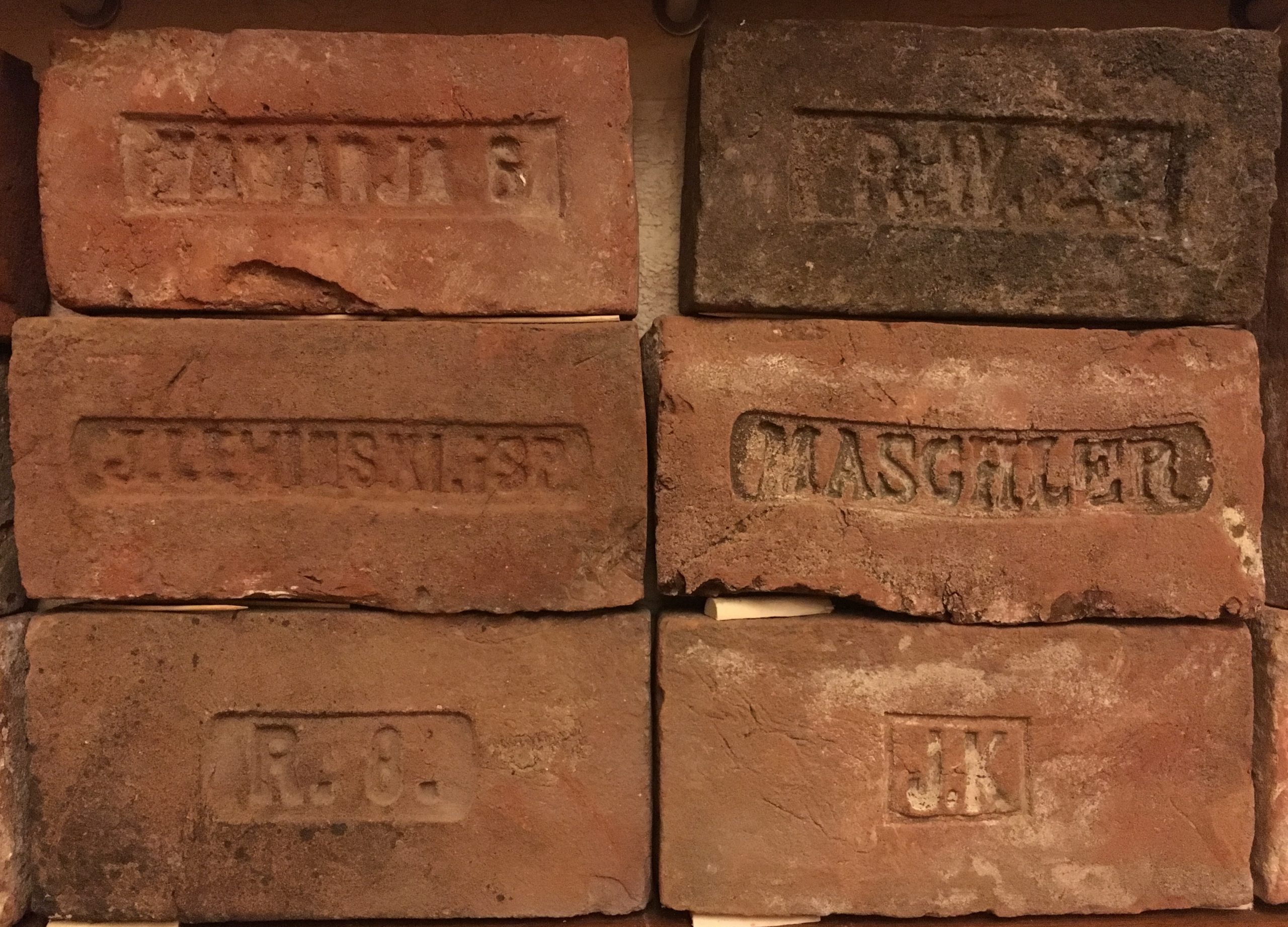 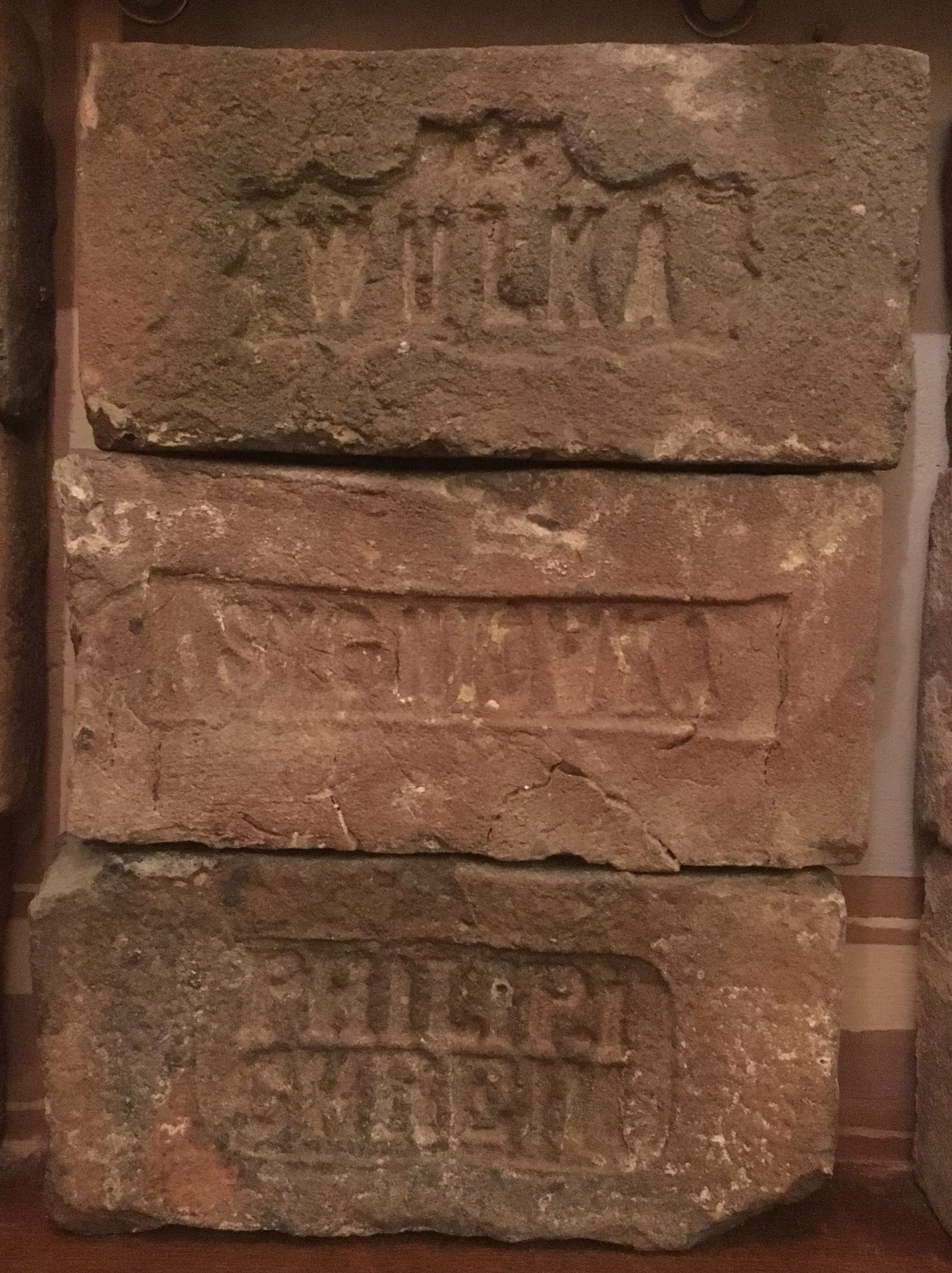 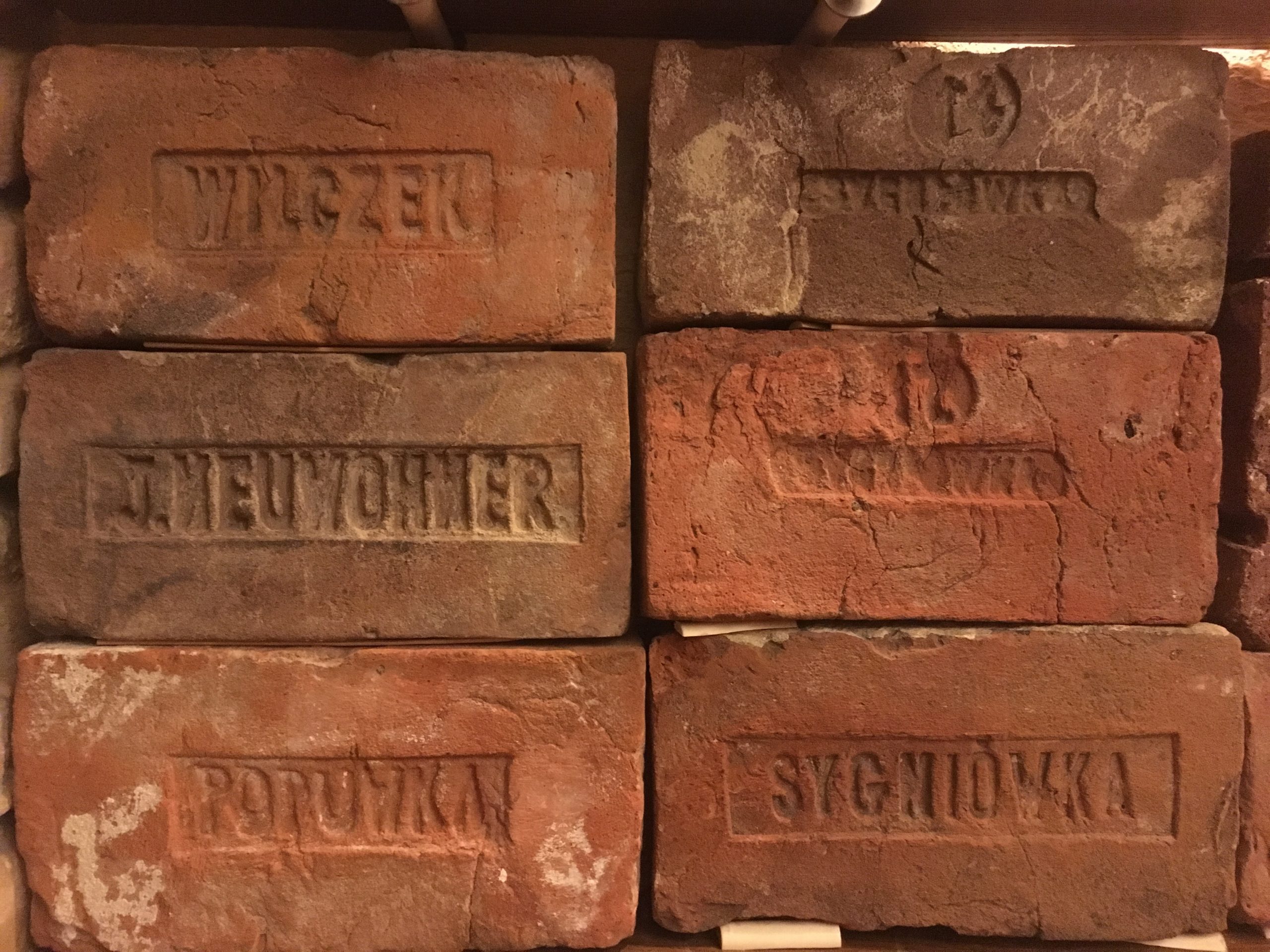